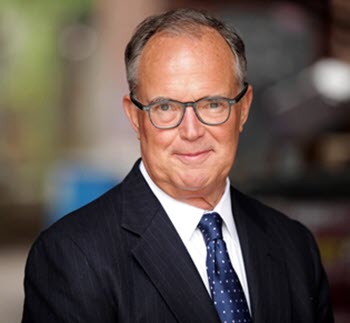 ed Goodhue, CEO, has a BA in economics and an MBA in finance from Harvard, a BS in electrical engineering and computer science from the University of California, and pursued for two years but did not complete a Ph.D. at MIT in computer science and artificial intelligence, at the “MIT AI Lab.” He was part of the team that developed the programming language Scheme1 and is now a pioneer in applying AI to autonomous vehicles and insurance.

He has taught accounting, finance, and international finance at Harvard Business School, INSEAD (Fontainebleau, France, both MBA and Executive programs), Babson College (both MBA and Executive programs), as well as the course “Digital Design and Computer Architecture” at the University of California – Irvine.
His series of cases “Assuming Control at Altex Aviation” has been used by business schools all over the world in both English and Spanish (including Harvard, for whom it was initially written).

Ned’s expertise includes writing high-performance (fast in its execution) code, custom hardware (including designing VLSI chips for custom uses), and high-performance computing. He has 20+ years of experience in AI, risk assessment, and computer-based underwriting. He’s an expert in deploying advanced technology in a business setting with special expertise in risk management, mitigation, and insuring P&C risks.

Autonomous Vehicles
• Ned and his team have designed the software and hardware for Level 5 AV vehicles. You can see it at TuringMotorCompany.com
• They have designed the cars that will use the Level 5 AV technology for improving the mobility of people and cities. You can see the cars and the new world of Mobility at TuringMobility.com
• They have created an underwriting system for insuring cars, trucks, and AVs.
• The cars are planned to be ready for sale in late 2023-4.

Investing
• He designed and wrote the software that automatically bought and sold stocks on both the US and Canadian exchanges for a Bermuda fund, Martial Capital. The fund returned 19.22% in its Canadian portfolio (versus 7.16% in the TSX) and 7.11 % in its US fund (versus 3.53% for the S&P). In both funds, the Beta was lower than the index. The fund invested in long equities; its average hold time was 7 days. It was all based on AI and big data.

Insurance Underwriting
• In 1997, at an R&D firm funded by a large insurance company, Ned was CEO and team leader creating the first true carve-out of the most expensive and rarest healthcare events: transplants, neonates, and major trauma. He and his team developed an AI-based platform to calculate premiums based on the first of such modeling using inference to find Black Swan events in a data set.
• He and his teams produced the first version of predictive analytics that can underwrite P&C insurance. More specifically, the system:
The predictive attributes that are most indicative of a covered event.
Identify the intrinsic risk of a client,
Analyzes their vulnerability to determine the residual risk of the client.
Predicts the future claims a client will incur which is the foundation of
• the client’s willingness to retain risk (their chosen limit and deductible), and
• the premium the carrier charges to insure their part of the risk the client wants to insure.

He’s a pilot with a Learjet type rating and in his spare time reads historical fiction.