This essay represents Part 2 of a three-part series titled: WHY DO WE CONTINUE TO USE PAPER RECORDS IN THE DIGITAL AGE?

Our aviation community continues to use paper as the vehicle of record for aircraft maintenance and for an aircraft’s proof of Airworthiness. What is the reason behind our continued use of paper? What are the factors that keep an industry known for its pioneering spirit and use of modern technology fastened to a world reminiscent of the 1950s’ when hula hoops were all the rage?

Part 2 deals with aviation’s tenacity behind this mystery. The intent of this essay is to point to the reasons that keep our world of business aviation locked into its’ dysfunctional use of paper, even with all the issues and problems that it creates.

Modus Operandi is defined as a specific method of doing something that is characteristic and well-established.

The term is often used in police work when discussing crime and addressing the methodology employed by criminals. In business, modus operandi is used to describe a firm’s, or in this case an industry’s, preferred means of accomplishing
its business and interacting with others in the same industry.

Newton’s 1st Law of Thermodynamics states that an object at rest stays at rest, and an object in motion stays in motion; unless acted upon by an outside force.

And so, it is with aircraft records today. In my forty-plus years being involved with managing the maintenance of business aircraft, not much has changed in the way aircraft maintenance documentation is created, utilized, managed, or stored. Newton’s 1st Law of Thermodynamics is fully realized in business aviation. Because no outside force has been applied to change the way we record the maintenance history of an aircraft since the earliest days of aviation, aircraft maintenance records remain the same.

With the advent of the computer and the internet in the 1990s, computerized maintenance tracking systems and electronic maintenance manuals were finally developed to assist in planning and managing aircraft maintenance. However; maintenance accomplished on the aircraft, signature approvals needed for the aircraft’s return to service, and the maintenance history of the aircraft itself, remain unchanged. Paper records continue to be created, managed, and stored in the same manner as we have been doing for decades.

Unfortunately, the cost of using paper to accomplish and record maintenance on modern business aircraft is enormous. Costs to business aviation have been estimated at over $125 million ($5,000 per aircraft) every year, due to things like: lost or missing information from the record, shipping and storage charges, travel time for aviation personnel to review the records, maintenance research and clerical time necessary to administer paper records, etc.

At a time when we are beginning to see the devastating effects of increasingly limited personnel resources in our industry, our use of paper equates to over 1100 full-time employees per year, just to handle the extra work paper records require.

But … paper records are business aviation’s Modus Operandi. In order to change what has become a costly and dysfunctional MO, we will need to change our well-established pattern of using paper to record the maintenance on an airplane in the first place.

The only real attempt at advancement in aircraft recordkeeping in recent years is the relatively new concept of backing up the paper records electronically by scanning them. And, only a handful of operators are attempting to even do this. Unfortunately, many of these same aircraft operators incorrectly believe that making electronic copies of their paper records provides all the back-up they need. This colossal misconception mainly rests with maintenance tracking companies’ omission of the truth* concerning the collection of electronic copies of maintenance entries typically referred to as e-logs.

Today, in the 3rd decade of the 21st century, we would no longer accept an insurance company filling out important insurance documents for us by hand, then placing the documents in an envelope and sending them to us via U.S. Post. Yet this is exactly what we do with aircraft maintenance entries every day.
Last year I had maintenance accomplished on a brand-new Boeing 787 VIP aircraft at a well-respected MRO in the United States. The Boeing 787 is a sophisticated aircraft employing cutting-edge technology in its operation. You would think the maintenance on such a plane would also be, at least, modern in its execution, if not cutting edge as well. But to my surprise, when the MRO finished the work on the aircraft, it presented the paperwork and documentation of the event to me on hand-written paper, in triplicate (white, pink, and yellow copies), and signed with a blue ink pen.

In our modern world we communicate and send documents electronically every day using modern technology. So, why do we accept using such an antiquated technology as paper documents in our world of business aviation? Isn’t it time we change our Modus Operandi, and begin moving from our long-time dependency on paper records to digital?

Using an electronic record keeping system to replace paper records will not only save the business aviation industry significant money, it offers the additional benefits of eliminating the problems associated with lost or missing information, shipping and storage of documents, travel time for aviation personnel to review records, etc.

In the future we will have no choice but to incorporate electronic copies as the standard backup to the paper record keeping system. But as an industry, we can do better than that right now. We can start by incorporating electronic recordkeeping into our daily aircraft operation today. We have the technology. We just need the will. 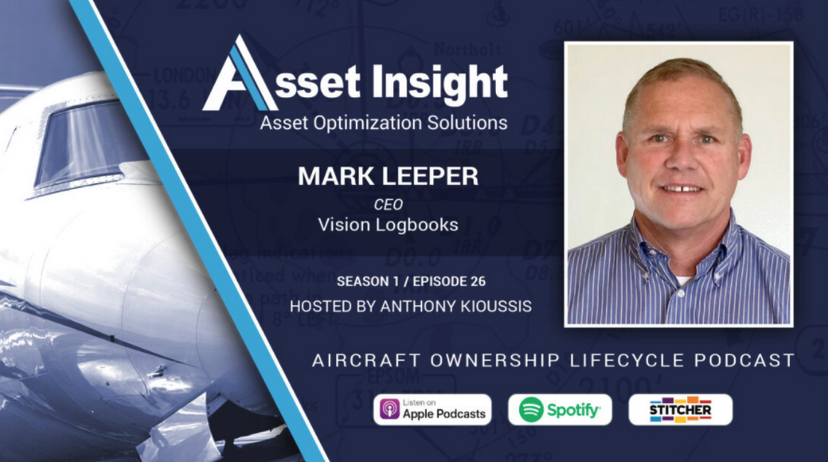 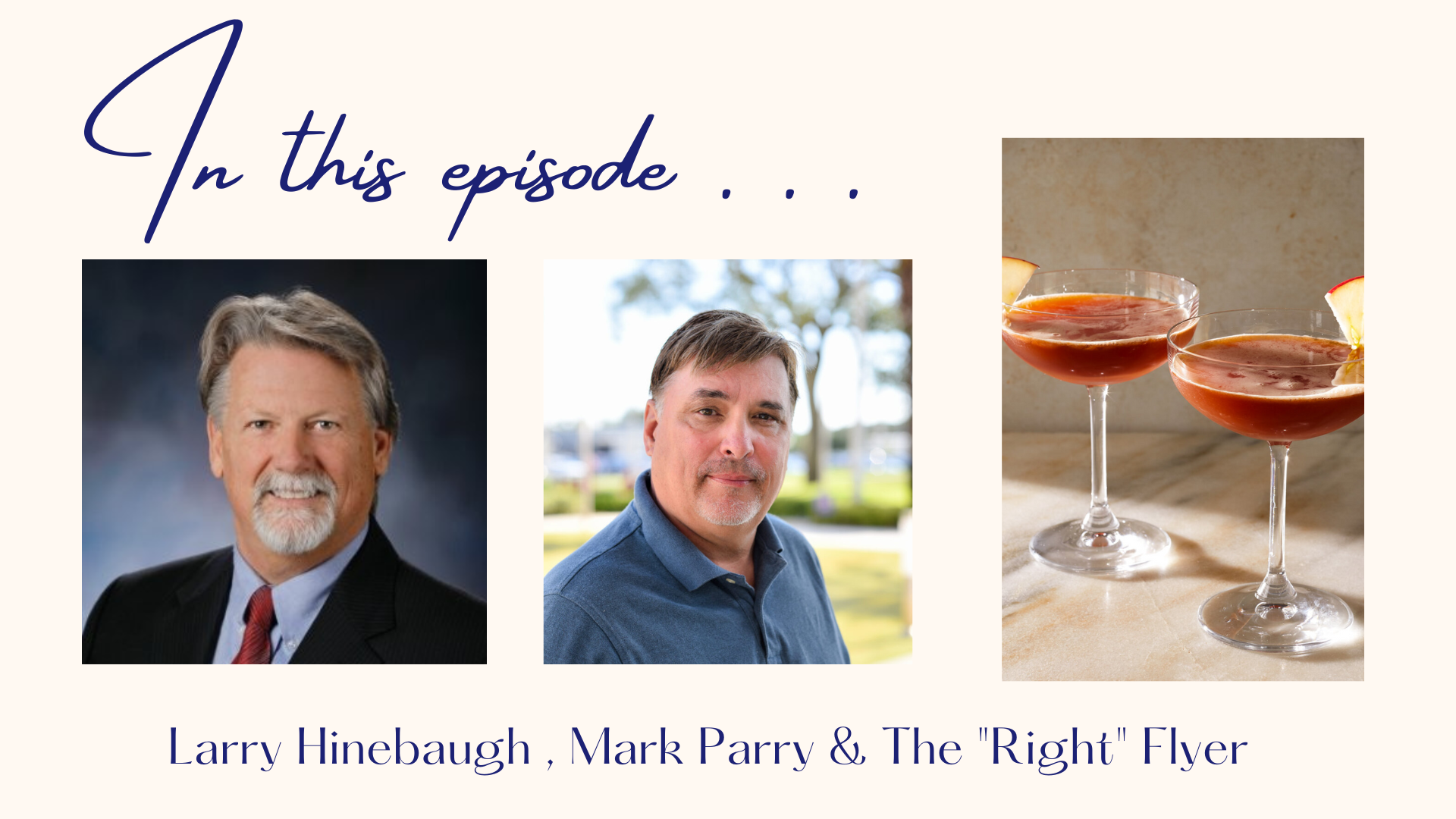 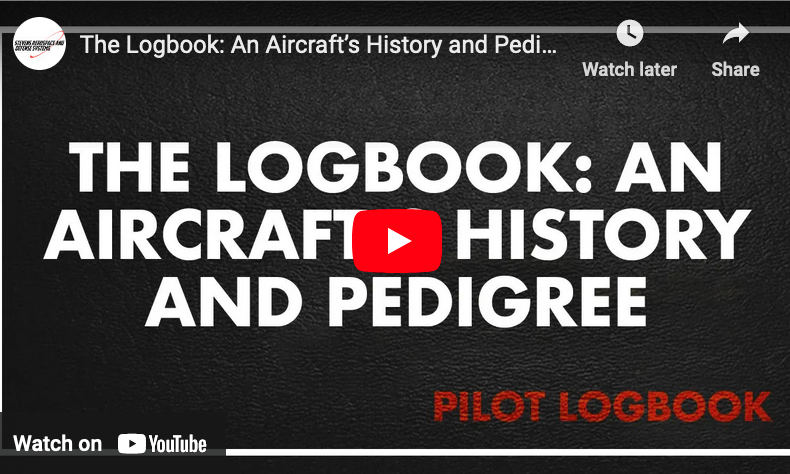 The Logbook: An Aircraft’s History and Pedigree by Stevens Aerospace and Defense Systems

The Logbook: An Aircraft’s History and Pedigree by Stevens Aerospace and Defense Systems